Last week we discussed how to ‘build a bridge’ to reach out to other people, first to try to understand them, then to present, in a meaningful way, the wonderful love of Jesus. We used Greg Laurie’s BLAST acronym and questions I developed into a reference tract to be used by myself, and if desired, by other Christians. 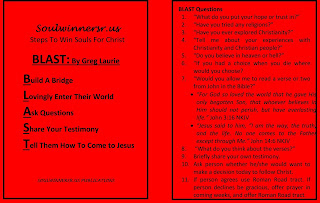 The goal is to begin getting our feet wet in engaging non-Christians to talk about their belief systems, and to begin introducing them to Jesus in a systematic way.

Today, I’m going a bit further to introduce a step I referenced at the end of my last post, and that is using ‘The Roman Road’ approach to reach lost people. I’m not sure when ‘The Roman Road’ to salvation was first developed and used, but I feel it’s an effective, relatively straightforward, and uncomplicated way to introduce people to the gospel.

I developed a Roman Road tract after I got permission from The Tract League to use their Roman Road image any way that I like because they were going out of business. That was a blessing to me.

I then developed the ‘Climbing the Roman Road’ tract, and have been using it, and giving it out to unsaved people for several years now, although in reality I have witnessed to relatively few people, and also have given out the tract to relatively few people. But I want to change that.
I’m not doing this post to try to promote my tracts. They are fairly unprofessionally made. Instead, I’m promoting the effectiveness of using ‘The Roman Road’ SCRIPTURES, to reach lost souls for Jesus.

The full title of the tract I developed is ‘Climbing the Roman Road, The Most Important Climb You’ll Ever Make!’ Below is the front of the tract. I’m not, however, going to get into all the details of the first page. I instead want to focus on The Roman Road image and the Book of Romans Bible scriptures associated with the image. 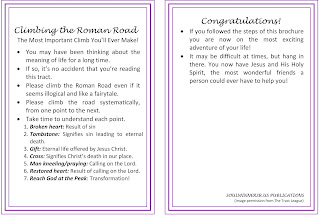 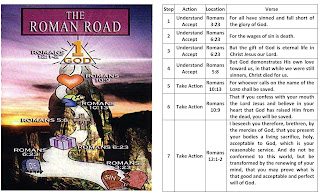 There are seven Bible scriptures tied to The Roman Road image.
I think becoming familiar with and memorizing the Roman Road to salvation is a great tool to reach out to unsaved people with the gospel, and in conclusion, I think The Roman Road verses tie in very well with the BLAST tract, and I want to utilize them more and more in my quest as a soulwinner. How about you?

See you next time,

Arlen
Posted by Soulwinnersr.us at 3:44 AM